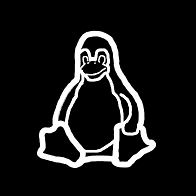 Between the numerous servers I manage via ssh and my personal machines I spend a lot of time in the BASH shell and, as with anyone and who uses a tool for a long time, I have discovered numerous shortcuts to getting things done efficiently. I wrote a couple months ago about using ! and $ to manipulate previous commands.
This time I am going to talk about moving the cursor around in the current command and manipulating the window.

CTRL + l
Before we get started let's clean up by clearing our screen. Control and l will clear the screen without modifying any of the text on your current line. It is very helpful for keeping your terminal clean or preparing it for a large amount of output that your next command may bring.

CTRL + r
This is probably one of the most frequently used control combinations. Control and r allows you to pull up a command from your history by typing in and having it match the last used command with those characters. For example, if you used a command yesterday that had very complex syntax and can't remember what it was, you could hit ctrl+r and then start typing the part of the command that you know.

CTRL + a and CTRL + e
There are many times when you need to jump to the beginning of the line to fix a command and then jump back to the end to finish what you were typing. Control and a as well as Control and e take care of this for you. Say I wanted to use print instead of echo in the previous example. I could hit the up arrow, CTRL+a, change echo to printf ", CTRL+e, add \n" and be done.

There are more control commands available and I will be looking at those in my next post. Until then happy BASHing.
Posted by Unknown at 05:20